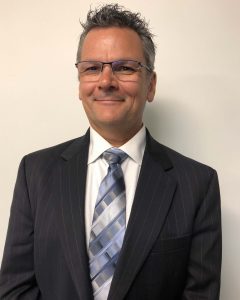 Captain Russ Leighton serves as the Vice President for the Coalition of Airline Pilots Associations (CAPA) and also serves as the Aviation Safety Coordinator for the International Brotherhood of Teamsters Local 1224.  He has been a member of the CAPA Safety Committee since 2005, previously serving as the Director of Safety of CAPA.

He is responsible for facilitating implementation and maintenance of programs such as ASAP, FOQA, LOSA, FRMS and SMS for the 65,000+ pilots, mechanics, flight attendants, and dispatchers of the Airline Division.  He is also responsible for training and maintaining Aircraft Accident Go-Teams, to help the NTSB as parties to investigations.  Previously, he was also an Air Safety Investigator for the NTSB and was Investigator-in-Charge for more than 50 aircraft accidents.

Captain Leighton has been a pilot for 20 years, with more than 12,000 hours.  He has flown everything from single-pilot, part 135 freight in a Cessna 208, to international flying in a Boeing 767.   Additionally, we was also an Air Safety Investigator for the NTSB, serving as Investigator-In-Charge of more than 50 aircraft accidents.

He serves on Aviation Rulemaking Committees on behalf of CAPA, as well as the FAA’s Commercial Aviation Safety Team (CAST) and Aviation Safety and Information Sharing (ASIAS).  Previously he served on the Flight/Duty Time (FT/DT) ARC which was charged with defining new regulations for limits on the hours a pilot can fly and be on duty, based upon fatigue science, for the first time in half a century.  Captain Leighton also served as Committee Chair for the FAA’s Pilot Records Database (PRD) ARC which assisted the FAA write regulations to create and maintain a comprehensive database of pilot training and qualifications, for use by air carriers when hiring new pilots.

Captain Leighton is a graduate of Embry-Riddle Aeronautical University in Prescott with a B.S. in Aeronautical Science, and a minor in Aviation Safety.